The ‘Butchulla‘ aboriginal people are the original occupiers making them the original owners of this beautiful island. They named it ‘K’Gari’, which means ‘paradise’.

Archaeological evidence suggests aboriginal people have lived on Fraser for at least 5000 years, but they may have been there far longer.

Then in 1836 James Fraser and his wife Eliza shipwrecked their ship off the coast and claimed to be captured by the aboriginal people. James passed away but Eliza was rescued by an escaped convict, John Graham. So the Europeans named the island, Fraser Island.

I have not been too Fraser Island before so after enjoying myself bikepacking Stradbroke Island, the time had come to experience the paradise homeland of the Butchulla people.

I started at Rainbow Beach with seven days of food jammed in the bike bags. Rolled straight out onto the beach where families were sun baking and enjoying the patrolled surf. I got a few strange inquisitive looks by onlookers, but that’s pretty normal on a fully laden fat bike. 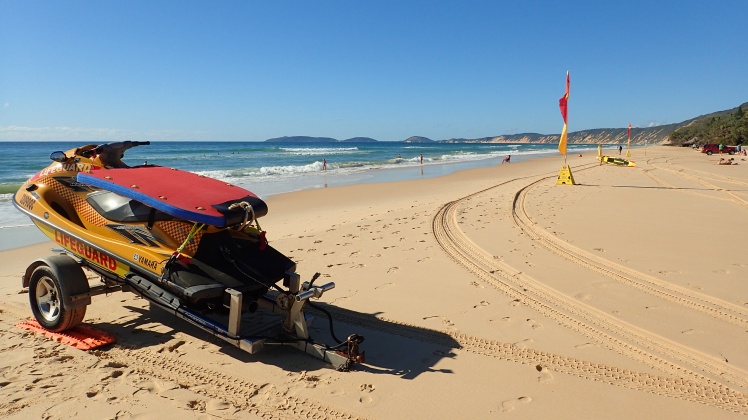 I turned left at the ocean and headed north to Inskip Point. It was a beautiful day! After a few kilometres, I stopped to look back.

I cruised to Inskip Point lapping up the weather. It was glorious!

When I got to Inskip Point, I encounted an older gentleman trying to put his chain back on his bike. He wasn’t in the photo I took but I had a chat with him and he informed me the drivetrain hasn’t had any lube for 40 years. Bit strange considering the bike wouldn’t be that old. I had to cringe.

Due to the short distance across the passage to the island, it didn’t take long at all for the barge to turn up. $5 and a few minutes later you hit the other side.

The barge operator was amazed at my bike setup. The twenty questions started but in exchange he told me where to get fresh spring water that doesn’t need treating! Great to know! 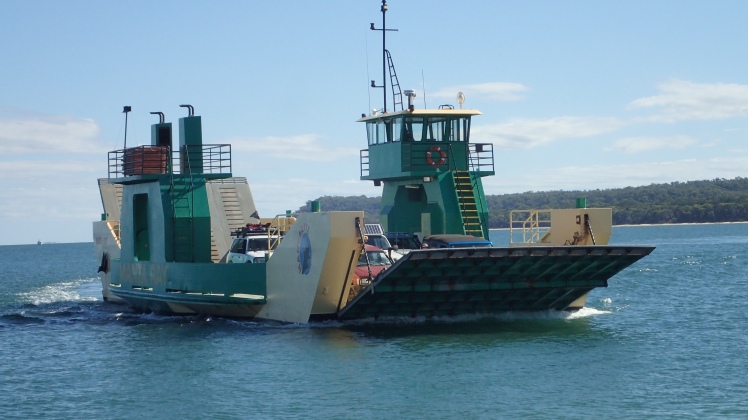 I rolled off the barge (that was fun lol) and hugged the edge of the water while the four-wheel drives snaked in the soft sand up higher. It was pretty much low tide but obviously a steeper bank being a channel and all. 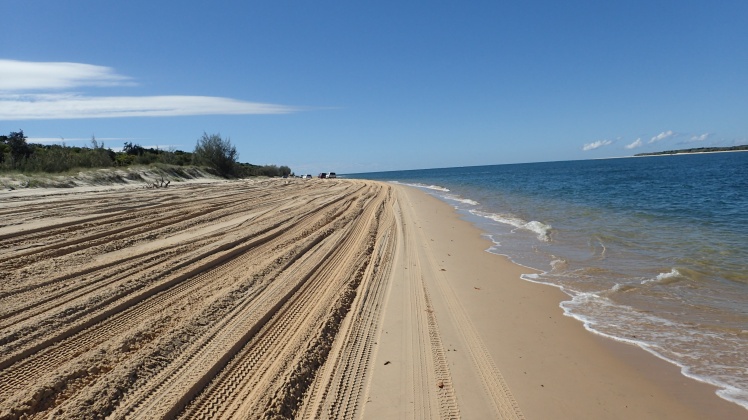 Soon though when you turn North onto ’75 Mile Beach’, the beach highway opens up to several lanes wide.

After an hour or so I arrived at Dilli Village and turned off the beach. This is where a big long walking track begins and covers 93 kilometres inland of the island passing several lakes and traversing through the rich rainforests.

Today I had planned to reach Lake McKenzie with the option to call it a day at Lake Boomanjin if feeling spent. A good friend Eric had given me the tip that Lake Boomanjin has a nice camp ground and I am not in a hurry so it was on my mind. 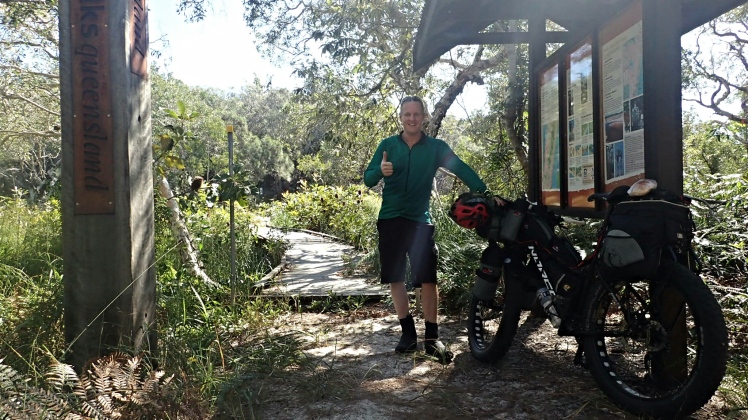 The track to Lake Boomanjin was a bit overgrown with several trees down across the track. As a good friend Neil says, this just adds to the adventure. The thick vegetation plus the soft surface made it slow going.

I came across a sign pointing off the track to a lookout. You had to scale a steep sand slope to get to the top so I ditched the bike and scrambled up. The view was worth it. This is Wungul Sandblow.

These sandblow dunes progress across the island often burying forests and other plant communities. The rate of movement of the dunes each year depends on factors such as wind strength, the amount of moisture in the sand and plant colonisation.

After a brief rest and bite to eat, I bounced down the steep sandy slope back to my bike and kept moving.

The rear derailleur started playing up sounding misaligned when in the lowest gear. Must be the end stop for the granny gear I thought. As I rolled along I scanned for a suitable tree to use as a work stand. Without a work stand it is not easy working on the drive train when out on your own. Bingo.

Soon a lake appeared and I could hear people laughing…

Eric was right, this is a nice place to camp. The camp ground was also vacant. I decided I am in no hurry and want to enjoy the sites that K’gari has to offer. I setup camp and rolled down to the lake.

I felt very content sleeping here for the night. The dingo fence is a good peace of mind. It allowed me to get a decent sleep without worrying about the food being taken. 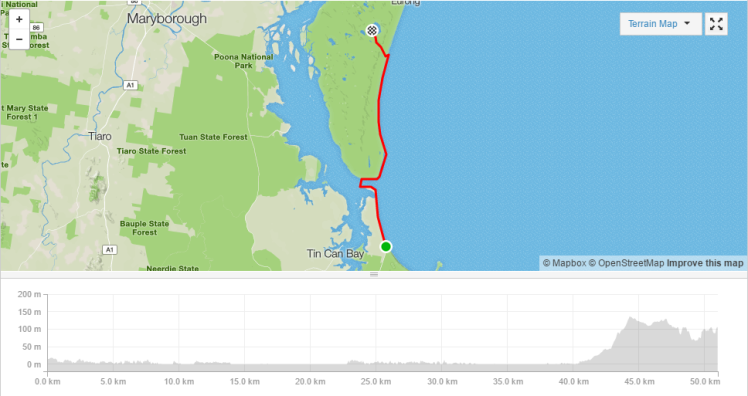